Discharge grant to increase for the first time in 25 years 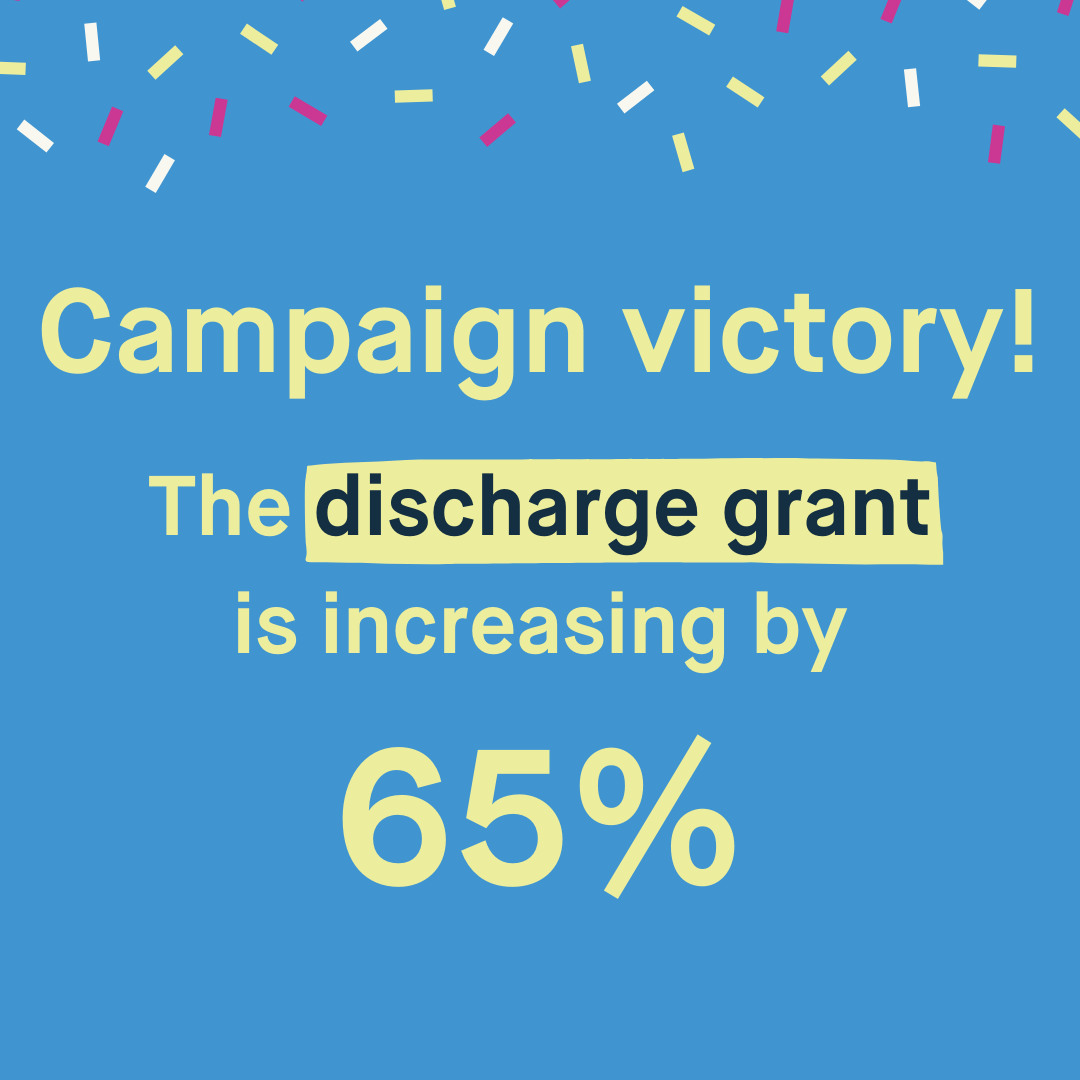 The discharge grant – a one-off payment given to prison leavers at the gate – will increase from £46 to £76, announced Secretary of State for Justice Robert Buckland on Thursday May 20. The change will come into effect this summer and the grant will increase in line with inflation every year until 2024/25. This will be first time the payment has gone up since 1996.

Evidence presented last year by a coalition of criminal justice charities showed that the £46 grant often barely lasts days, while many prison-leavers wait weeks before receiving their first Universal Credit payment and have no other source of income. Charities working with prison leavers have emphasised that financial hardship can be a factor that pushes people into reoffending straight after release. According to Ministry of Justice figures, reoffending now constitutes 80% of all cautions and convictions and costs an estimated £18 billion per year.

Switchback, a charity that supports young men leaving prison, called the announcement “a big step forward” while adding that more action is needed to enable reintegration. In October last year the charity published a briefing on replacing the discharge grant, which recommended the introduction of a larger Release Pack – which would include not just an enhanced cash payment but also shopping vouchers, a travelcard and a smartphone with data to allow prison leavers to reach essential services.

Being released with just £46 and nowhere to go has for too long meant people are driven straight towards hardship and reoffending. This much needed and long overdue announcement is excellent news, and it’s heartening to see that the government has listened to evidence and the views of people affected by the system.

However, while this uplift in the discharge grant begins to address the huge challenges faced by people leaving prison which are driving reoffending, Switchback’s evidence shows the need for a more comprehensive Release Pack.  Shopping vouchers for essentials, a travelcard and a phone – as well as improved access to housing and skilled 1-to-1 support – are still needed. This welcome announcement is an important step that must lead to a new plan for resettlement, giving every prison-leaver a real platform to move away from crime and be accepted as part of society.

Joel, a 26-year-old who was supported by Switchback after leaving prison in 2019, said:

When I was released, I had to spend £18 on a cab to get to probation on time. Then I bought some food and it [the discharge grant] was gone. It took me seven weeks to get any more money because I was trying to sort a bank account, which you need for Universal Credit.

Eshan, a 25-year-old who was supported by Switchback in 2016 and is now a member of the charity’s Experts by Experience Board, said:

It’s fantastic news that the discharge grant has been increased to more realistically reflect modern struggles. From my own experience, and from hearing the stories of others released in similar circumstances, the £46 wasn’t enough to cover basic essentials like travel and food. It only lasted me a few hours after release. The extra funds provided will help the newly released in reshaping their lives.

© 2021 Switchback. All Rights Reserved. Made by Lewis Edward